This document describes the design consideration, implementation details, and board interface details for the sensor mainboard. A block diagram is presented and each component is discussed in detail.

The mainboard is specifically designed to interface directly to the GPIO expansion port on the AMDC. 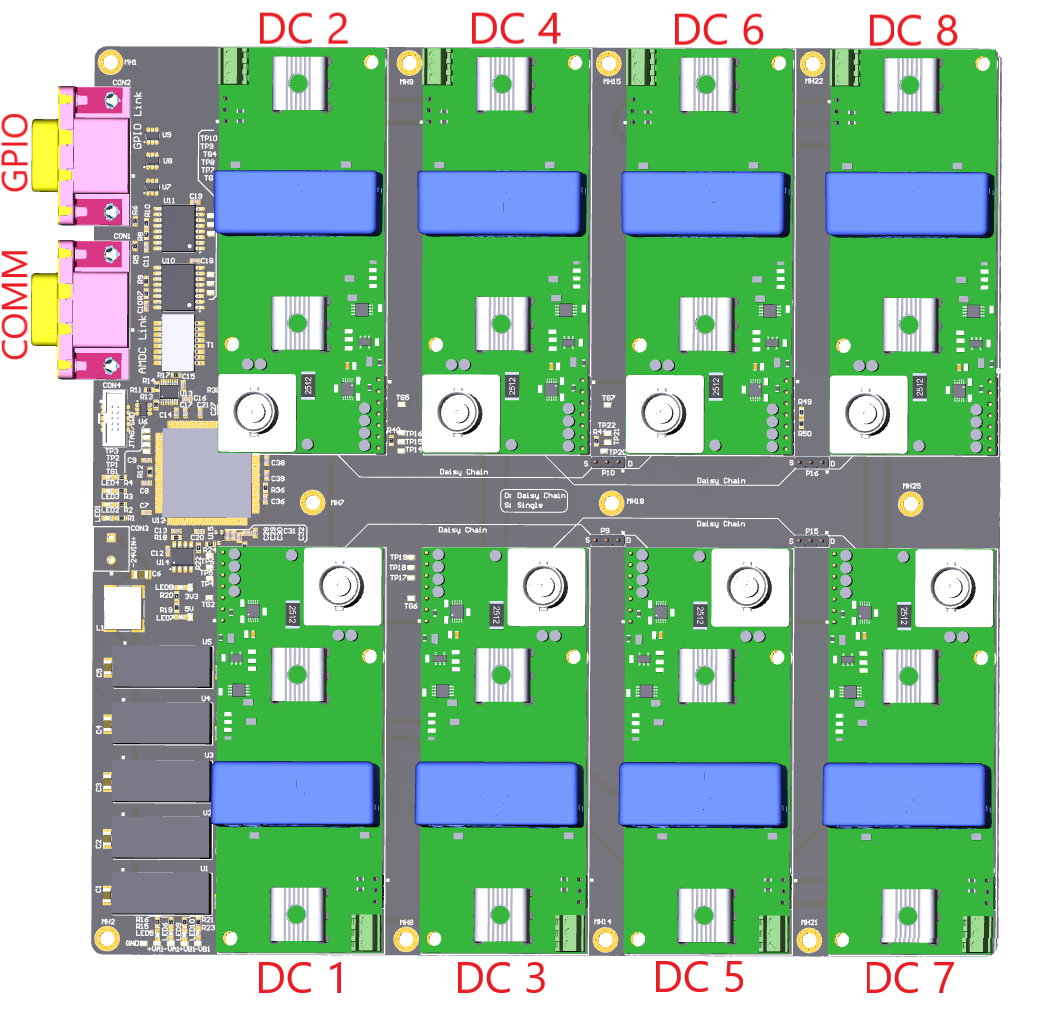 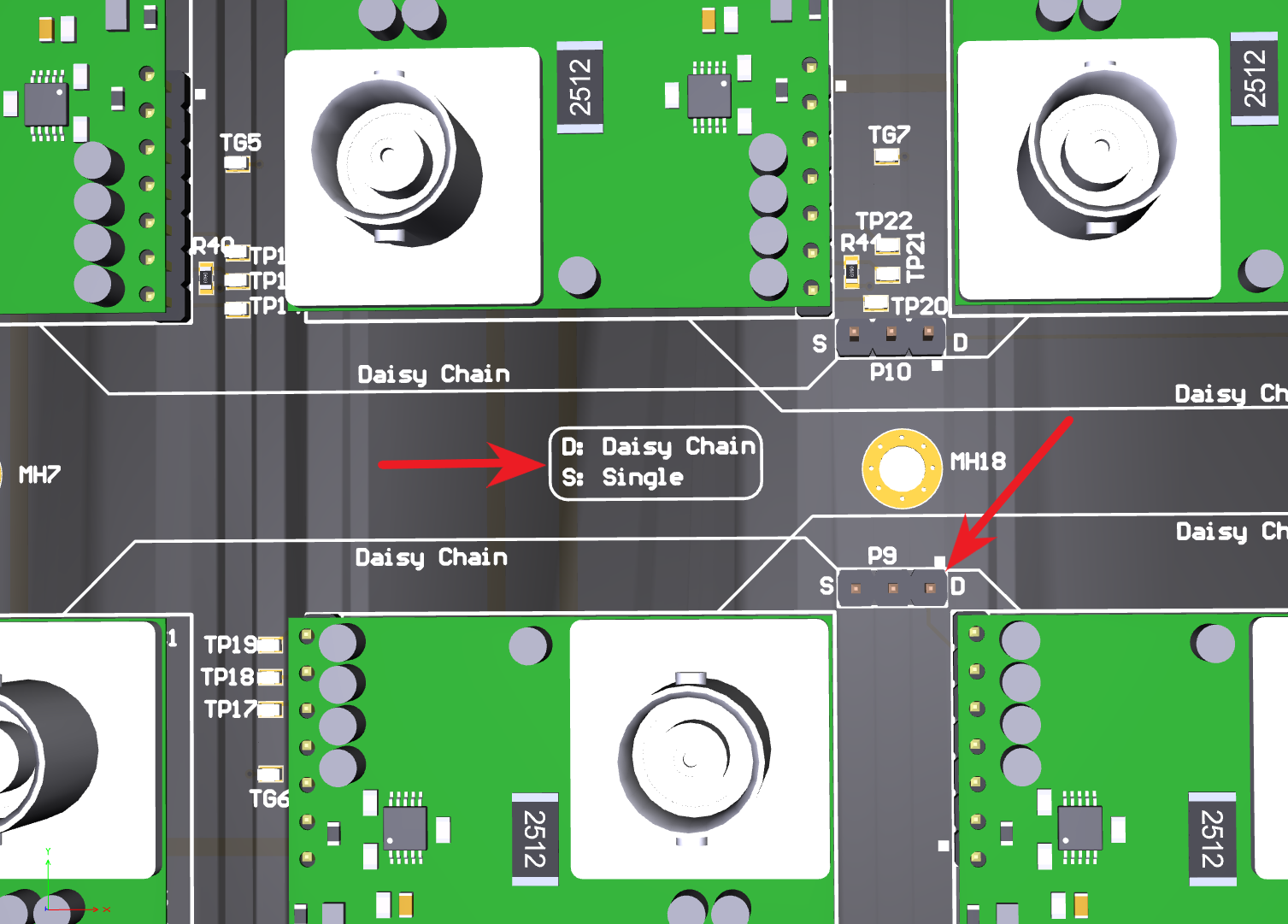 There are two interfacing DB-15 connectors on the measurement board. The first connector is used for interfacing with the external controller via isoSPI and differential IO communication. The second connector is intended as an expansion port connection, which is connected to the GPIO port of the MCU.

Implementation details of IsoSPI and Differential IO is described later in the document.

Per the block diagram above, the mainboard is made of several systems, as explained below.

STM32F7 microcontroller is used as an interface between the daughter card and an external controller. This MCU has a core ARM 32-bit Cortex M7 CPU. This IC can operate at a supply voltage of 1.7 V to 3.6 V. JTAG / SWD interface is used for debugging and programming the MCU. It has 6 SPIs which is used for daughter card and AMDC isoSPI interfaces. The maximum speed of the MCU SPI interface is 54 Mbps. It has 4 USART with a maximum baud rate of 26 Mbps, which are used to transmit daughter card data to the AMDC. GPIO pins of the MCU can be accessed using GPIO connector. More information on this MCU can be found here.

The MCU transmits sensor data via USART communication. These USART signals are converted to differential IO using differential transceiver ISO3086T. Differential IO has the ability to communicate over long distances and at faster communication rate compared to standard USART. This IC has an in-built isolation barrier. A signaling rate of up to 20 Mbps is obtained from this IC. The operating voltage is provided in the following table.

The maximum supply current consumed by the IC including to drive currents for differential lines is 60 mA, which corresponds to 300 mW for 5 V supply.

The isoSPI communication interface is implemented using LTC6820. This IC provides a bi-directional interface between standard SPI signals and differential pulses. The operating conditions are provided in the following table.

The maximum supply current consumed by the IC including to drive currents for differential lines is 17 mA, which corresponds to 85 mW for 5 V supply.

In order to design a daugter card, the interface information provided in this section will be useful. Each daughter card slot has two headers, where the daughter card can be plugged in. See the following figure.

For information regarding the placement of the headers, refer to the mainboard PCB Altium file in the AMDS repo located: /Mainboard/altium/SensorMotherBoard.PcbDoc.

For more information on designing a daughter card, refer the sensor card documentation.